So after my last post, there was not in fact one more day till labor.  Nope, baby was quite content and decided to wait to make an appearance  . . . for two loooong weeks.  It took shaking the bottle of castor oil and announcing the eviction notice would be delivered the next day to convince baby that the time had come.

Four hours before an attempt at induction, I went into labor.  Three hours and forty five minutes later:

We like to joke that he was so late because he was styling his hair.

Seriously, he could give Donald Trump a run for his money .

He sleeps reasonably well, and eats like a champ and gives us the biggest smiles.  Basically he is my easiest baby, yet.

His big siblings are pretty smitten with him 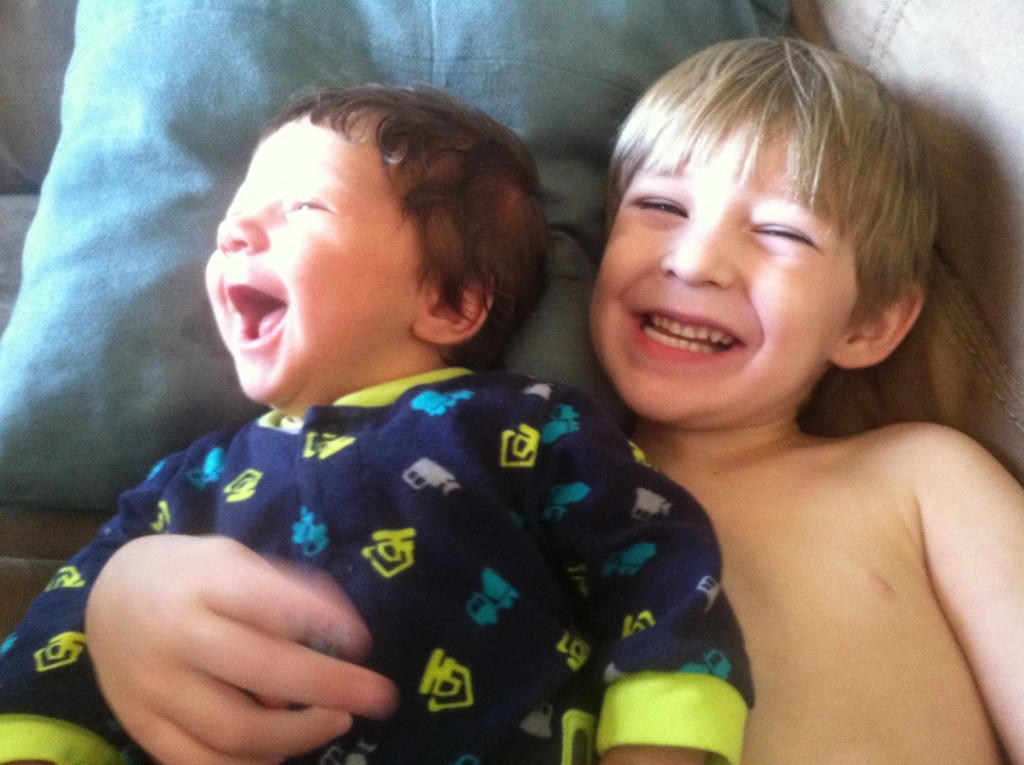 Its hard to imagine life without him now, he brings us so much joy, but its been a long journey getting to this point.  The pregnancy was filled with severe ante-natal depression and anxiety.  Unfortunately, that is just how my body reacts to pregnancy.  I started experiencing symptoms before I even knew I was pregnant, and they greatly subsided within 24 hrs of giving birth.  Pregnancy hormones just don’t play nice with my brain.

Now that baby is here, I feel like I have finally arrived at a good place.  The intense suffering of this year broke me open and forced me to examine all of the pieces as I reassembled them, deciding what was worth holding onto and what needed to be let go.

As far as blogging is concerned, I am done trying to “hustle for my worthiness,” as Brene Brown says.  I realized that one reason I was writing was because I wanted to prove my value to myself through “likes” and “shares.”  I am done with that.  The internet is a noisy enough place, I don’t want to add unnecessary volume.  If I am going to write it needs to be either because I think it will help other people, or because I enjoy it.

I am still going to be posting here and perhaps doing some guest posts for others, but I am going to feel no “need” to post.  I have no idea how mom bloggers with kids who home-school are able to keep up a regular blog; I started writing this post six weeks ago!

I’d better end this quick while the older two are still entertained!  May 2016 be a year of peace for all of us, both in our hearts, and in the world!

4 thoughts on “Arrived at last”