Happy Friday everyone!  I firmly believe that using the phrase TGIF constitutes a sincere act of prayer after experiencing this . . . interesting week. Because:

1. Our dryer broke.  While not an enjoyable experience it wouldn’t constitute a major problem except that it occurred during an intestinal bug for the kids.  I will spare you the details.

While starting a new load, it made a sound like a screaming banshee being subjected to the a poorly oiled rack.  Then came the pops and the smoke and the smell, as I ran to turn it off and unplug it from the wall.

2. For all of an hour I contemplated trying to fix the thing ourselves, but the reality was driven home once again that such things aren’t our strongest suit.  The machine isn’t that old from what we can tell (it came with the house), but apparently that type is know to break down after about seven years and the parts are more costly.

I figured, what the heck, I could try to take it apart myself.  How bad can it be?  What have I got to lose.  An hour later, I emerged covered in lint and grime with parts scattered on the floor, and began googling the best deals for a new dryer.  Clearly, I am not at all technical.

3.Several hours and many searches later, I had it narrowed down to a few suitable options after consulting consumer reports, home improvement bloggers, and taking an informal poll on facebook.

Later that night we went to the store, and selected a completely different model than the ones that I was leaning towards.  It met my criteria, though and is only costing us about $100 more than the used ones on craigslist since it was on sale.  Plus we are getting free delivery and set up.  Totally worth it.

4.  In other laundry room news, I purchased this  sorter: 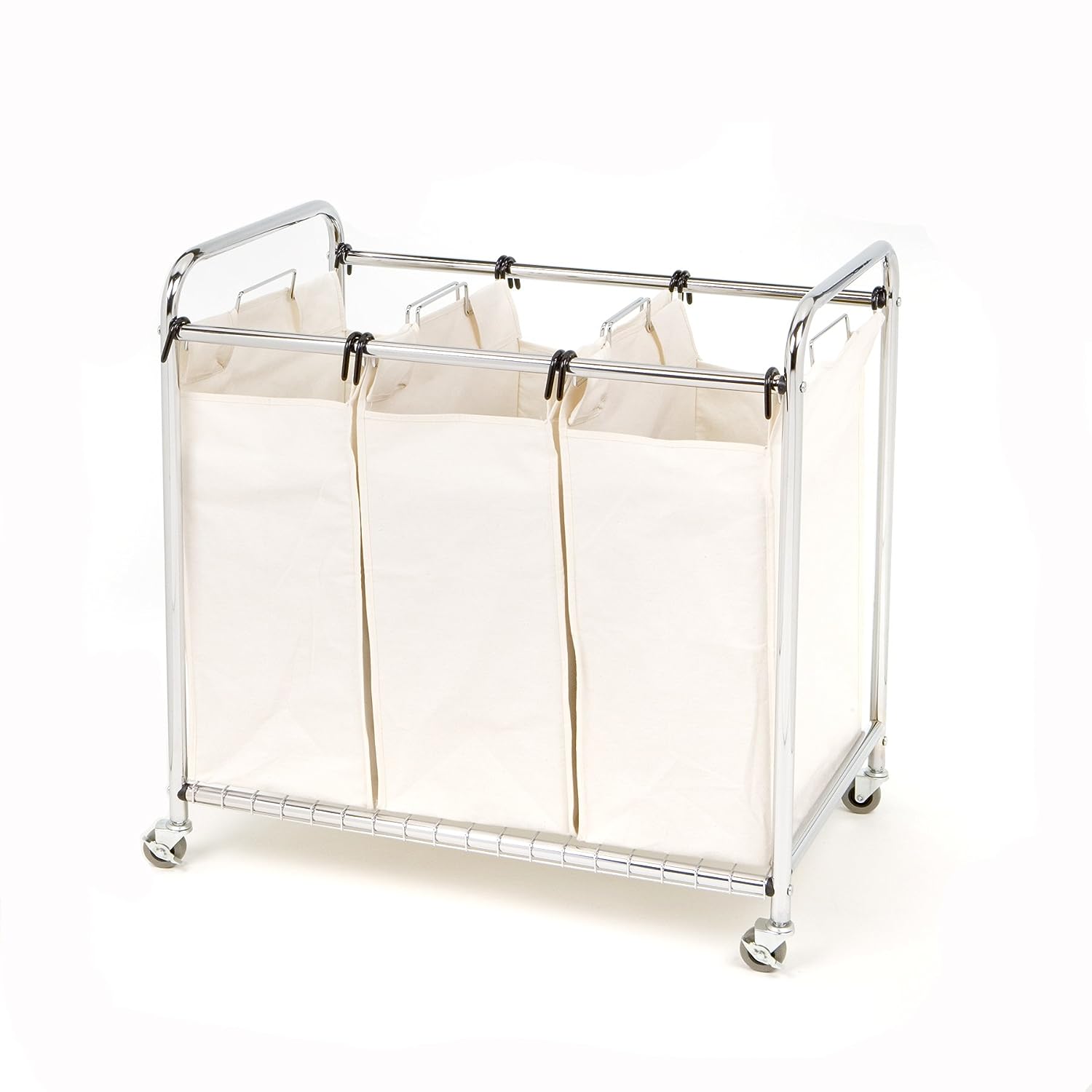 Isn’t she beautiful?  Between a birthday gift card and amazon rewards points, it cost me $5.  It only took me two years of having laundry on the floor to finally bite the bullet and get it.  I think the following incident may have had something to do with it.

5.  Earlier in the week I found a slug.  In the washing machine.  It was horrible.  I screamed.  Loudly.  And ran in a panic to find my husband.  Because of my extreme reaction, he thought that something horrible had happened to one of the kids.  He was not amused and made me deal with the slug myself, which I did, albeit with great hesitancy.  It took many tries before its dead body came off of the shirt it had affixed itself to.

Apparently I have a slug phobia.

6.  I blame St. Francis for this.  He must have decided that my previous hostile reactions to the slugs meant I didn’t have a great enough appreciation for “brother slug” and needed to get to know him better.  It didn’t work.

7.  After we had both calmed down, Nathan decided to try to help me brainstorm a solution to our slug problem.  My idea was to more thoroughly seal the hole that they were coming through.  He on the other hand likes to come up with innovative, non- traditional solutions.  His idea was to introduce a natural predator to their environment.

N: “What do you think about filling the laundry room up with frogs for a few days?”

Me: “Are you out of your mind?!  What are we trying to do re-enact the plagues in Egypt?!”

And thus ends my Friday ramble.  Never again will I take modern appliances for granted.  And never again do I want to see another slug in my life.

Linking up with Jen at Conversiondiary.com for 7 Quick Takes.

Anbody else’s spouse come up with . . .creative solutions to problems?  Or have irrational phobias?  Have a great weekend!

*At this time I don’t have affiliate links.  Just wanted to share a product I liked.