While at a stop sign last week listening to pop music (don’t judge), these lyrics pushed their way into my scattered thoughts, “Toniiiiight we are yoooooung, so lets set the world on fire, we can burn brighter, than the suuuun.”

When I chose the name Half Kindled, I was filled with the idea that a life on fire was a life full of unquenchable passion.  That a fully kindled life would be one of dynamic, contagious, life changing love; a love that would constantly push out into the world at large where it would transform all whom it encountered.

I still think this is true.  I am just realizing that there is more to a life on fire than this outgoing version of love.  There are also times when this all consuming love looks different.

Many times it looks like suffering.  Long hours of silent, lonely, suffering.  A suffering that reaches down into the core of all that you are and burns away all that does not belong.  And it hurts so much.

Perhaps it is the pain of the hole left behind when the Divine Physician attempts to remove the little selfish attachments that have infected your heart.

Or perhaps it is the pain of having your heart pierced with sorrow as you struggle with the pain caused by physical evils such as sickness or death, or moral evils caused by sin.  And your heart breaks open and burns.

It is in those moments, that your heart can most resemble that of Christ: pierced and aflame with love.

A life on fire is not just for those who are living their passion out in the world; it is also for those who are suffering with great love.  Perhaps few are called to the former, but anyone can participate in the latter.

Some fires have great effect by radiating a penetrating heat.  Others are the still, small flame that shines out in the darkest of nights, and the darkness cannot overcome it. 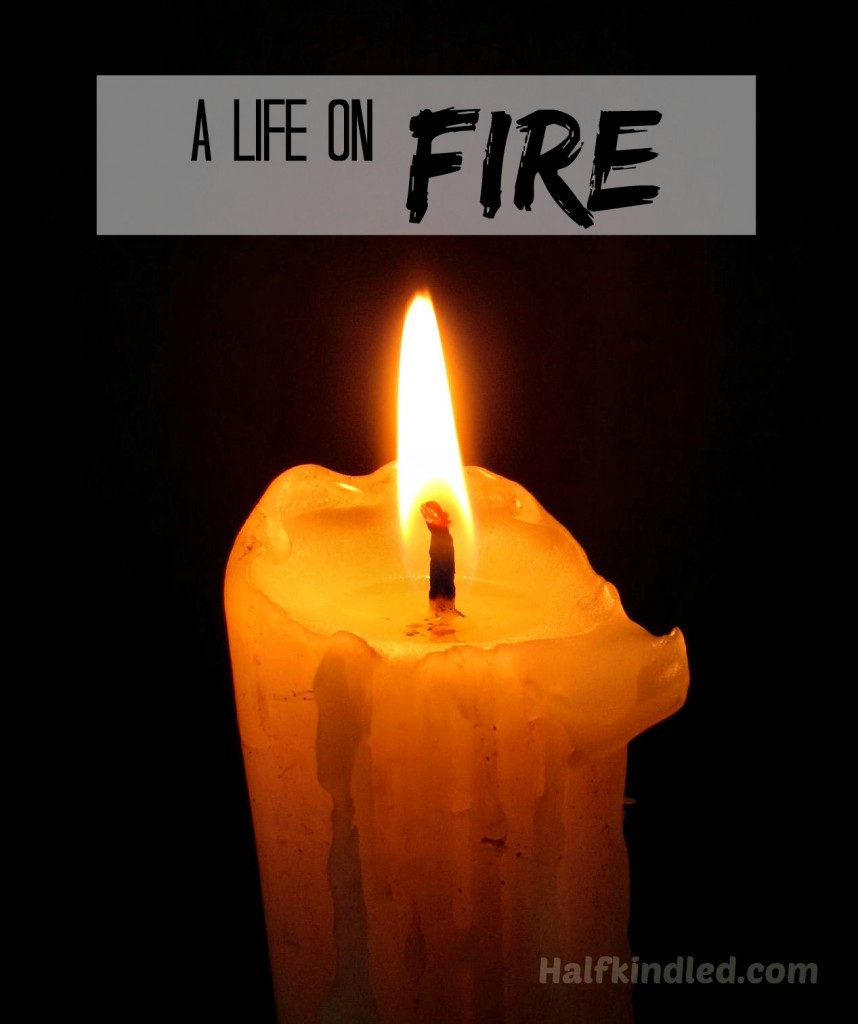